Here are some great things coming to the world of Television + Streaming! 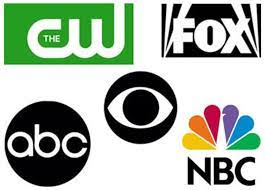 This is everything in the works! House of the Dragon debuts on HBOMax.

Lord Of The Rings: Rings of Power debuts on Amazon Prime. Sometime this summer… Netflix will debut The Sandman.

Paramount+ will have Kiefer Sutherland starring in Rabbit Hole, which is all about espionage.

HBO/HBO Max’s True Detective will return with Jodie Foster in a starring role.

Netflix has an Arnold Schwarzenegger spy tv series in the works.

AMC may have a Walking Dead spinoff featuring Daryl & Carol and Interview With A Vampire tv series. FOX with another run of 24

Ray Romano will have a standup special in the very near future.

Will Smith is developing a few tv, music & movie related projects for some streaming services.

Joel McHale may be getting talk show.

As you can tell a lot tv series are on the way, plus a few music related docs and concerts featuring Madonna, Bruce Springsteen, Prince, Foo Fighters and many others,